The Bridge of Darkness
by Bryan Hewitt 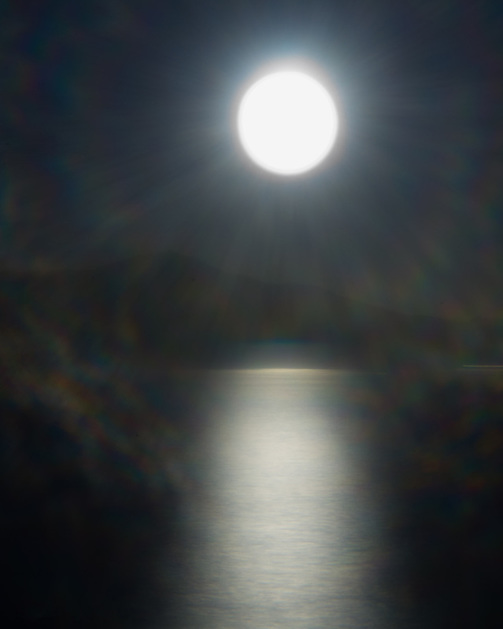 What is the path of Darkness?
Not hard to answer.
It is the place where the light of stars is strongest

Why walk into Darkness?
Not hard to answer
In silence can be found the greatest songs of joy

Who lives in the Darkness?
Not hard to answer
In Annwn dwell the shining hosts of the wise ones


My darkness is the place where wonder gives birth to beauty among the stems of the reeds at the edge of a lake that has been dry for a thousand years. The waters have gone into the earth and been carried away on the winds to become something new many generations ago. Yet they are here, speaking to me as I listen and honor their stories.

This journey started in the shadows under a willow who dipped thousands of her tiny red and white roots into the cool of a pond where her leaves gently lay down to become mud in the stillness under the water. I was entranced by the deep at the other end, but was not yet ready for that level of mystery. So I played in the ankle-deep shallows and smiled at the tree as she spoke to me of her life. Later I moved to a new land where rings of redwoods stood sentinel to their mothers' stumps. I followed the silent path into their green-tinted shade listening and learning what they were willing to share.

After winding out of the redwoods, the trail became hard to see for a while and I had to climb across great boulders rising from the land that was old beyond anything I had known before. Moss covered the stones as they slowly crumbled across the centuries into light grey and pale ochre soil that reached back up to hold them with careful hands. Once I found my way across the boulders, the path took a turn into a canyon where dogwood bloomed in the green shade of giant poplars, majestic oaks, strong hickories and the memory of the american chestnut, grand ancestor of the current forest who now lives only on the starlight of memory, but will never be forgotten by her kin.

Black coal in chunks made their way up from below to shine and glint in the tiny shafts of light. Dogwood crowded up to the edge of a ravine that led downwards into a place I had never dared to go. A small canyon that was the border of the forest I knew. In the canyon I slipped and fell and found a place at the roots of trees where stones came together around a small stream that formed into a pool. There was a special type of shadow over and around the pool that was new to me. A vibrating intensity that reached out beyond the scale of the tiny trickle across the small stones. I felt that I had encountered someone or something there that had a presence of its own unlike any I had met in a forest before.

At that point in the journey it was a frightening place that moved with an ancient voice that I did not understand. Something with antlers watched me as it held a great power calmly and completely. I ran back to the fireside that first day, yet I returned again and again to the water falling onto the stones  I told no other person of what I found there because I lacked the words to do so.

Since that day in the canyon, the path I walk has included the small, sharp tracks laid down by deer. It has crossed the wet sand on the shore where my footprints were instantly erased by the waters. It has included diving deep into icy lakes and struggling to breathe in the thin air while climbing to the tops of mountains that had once been molten lava rising slowly towards the air that would cool them into their current shape. In all of these places I walked at the edges of the day, in the shade of trees or under the overhangs of boulders whenever possible. In all of them I found my darkness, with its comforting mix of uncertainty and strength.

Walking this path has not been easy. In fact, I ran from it most of my life and met again and again another type of darkness. I found it when I tried to step out from under the deep, whispering shade of the ancient trees and into the glaring electric light of what I was told is Real Life. I saw it when I left behind the forest where I grew up, both literally and metaphorically, with its solemn voices of place and the laughing, dancing calls of celebrants from beyond the veil. I breathed it in when I tried to forget that all I see is alive with the same force that animates my body and attempted to learn how to look at the world as a place where human kind is not connected to our kin in other realms, or to the stones that make up the street where I walk or the metal that is the doorhandle I touch to leave my house. I felt it in my blood when I looked for a place where we know how things are going to turn out because the systems that cut dreams into pieces and dismissed the connections have explained it all to us for centuries. I stepped into the sort of darkness that pulls at the soul until it wishes to leave the body and unite once again with the great Mother of all the shining points of light I don't see if I am trying not to look at them.

In that terrible blackness of dissolution I found myself calling again and again a name that I didn't know why or how, but I knew I needed to call. It was the name of a half-remembered God whose antlers spread like the canopy of an ancient forest across the tumult of my emotions. In response, a wolf wandered through my landscape of old memories and discarded hopes. I felt its strong smell and heard its surprisingly light tread in my tiny room. There was no communication, yet it appeared day after day and watched me. The strength of its ability to kill and eat me, combined with its obvious lack of desire to do so was comforting to me. The sense of the shadows under the trees it brought with it was exciting. In the moments at dusk and dawn when the wolf was staring at me from the place where my desk had been, I felt alive again. After many days, I looked back into the wolf's calm gaze.  He did not turn away from this act of aggression I had taken in his language because, in that moment, we were equals and there was no need for struggle. The full meaning of this took years to unravel for me, and I am still working on understanding it. But as I looked into the eyes beyond age I knew that I was being asked to begin learning how to carry the forest with me always. Without words I accepted the challenge. The wolf walked away as the sun rose and did not return.

I have learned on this path that the edge of fear and joy is where I go to find my connection with the power of Awen. Not all of the time, because that would be madness. But that is where I can be the bridge I was meant to be. For me, the Awenydd is the place in between two worlds that is both this world and the Otherworld at the same time. It is about reaching into the realms of being that most find terrifying or disgusting. Swamps where the wrong step means you don't ever come out, old-growth forests where the carpet of leaves swallows all sound, the shore of the sea during a storm, winter with its heavy breath of cold and damp, the edge of a cliff that is crumbling into the unseen distance below it, dancing with and sometimes into a fire as the flames lick around me but do not burn, all hold fascination and comfort for me.

For me, all of these places also have an interior, emotional equivalent that is just as powerful if it can be found by the Awenydd. An important point to make about all of this is that I do not go to these places inside or outside the body because I like to be scared or because I am a thrill-seeker, or because I want to be shocking. I go there because I love them and because they all have something to give that is precious and meaningful, but only if I know them deeply and respect them.

I see it as part of my path to walk into these places of potential danger that bring me great comfort and bring back what is wonderful into the rest of life so that others who are afraid of those places can experience the joy of the Awen they contain. To this end, it is my task to do the regular, daily hard work of training and balancing myself so that what I bring back is healing and life-giving instead of destructive and divisive. Though it is a path founded in and dedicated to ecstatic states, for me to be an Awenydd is also to be willing to do the things that need to be done on behalf of those I care about. Sometimes this is setting fear aside to speak a difficult truth, or putting on a hazmat suit to clean up a toxic mess, or driving an unpleasant passenger to a dreaded destination. All of these things help turn the wheel around again and transform life into death into life again.

It is an extremely solitary path when looked at from an outside perspective because to walk it, I must spend large amounts of time alone with energies, beings and places that are often seen as frightening or disturbing. It is a journey full of Ancestors, Spirits and Gods with strong opinions that they generally do not hesitate to express very openly. Many frequently remind me of exactly how powerful they are and that I am very small in relation to them. It is a way of living that means I could very easily get lost on the other end of the bridge and find it hard to return.  There are no excuses and lots of responsibilities on this journey.

From my personal, interior perspective, I have the good fortune to spend time carrying the forest with me wherever I go and helping the powerful beauty that my ancestors understood so well once again become a part of here and now. I have many strong friends who regularly help me as I work to aid them. The world around me is living out the breath of life and the sky at night reaches her arms across forever. The Horned One stands beside me and his antlers are dark against the canopy of the heavens filled with a million points of light. My tears of happiness and joy at being a part of this magnificent dance fall onto the earth as I see the stars swimming in the lake and the reeds at its edge dance in praise of the moon.